But it sucks. And it hurts. And it’s onerous. And every day when I wake up, it’s back on my list of things I have to do. Every. Single. Day.

I just wish I could do a power session of steps for an hour or two, and that would be it for at least a week. C’mon that’s not too much to ask is it?

Apparently, it is. That’s just not how it works.

About 4 or 5 years ago now, I was 65lbs overweight. I was not taking care of my health; my diet was terrible; I wasn’t exercising; and my energy was low. I was FAR from thriving. When it came to my health, I was really just squeaking by, just surviving. And that’s not how you want to live, is it? At least it wasn’t how I wanted to live. And I had so much self-judgement that I was harboring against myself, internally. From the outside, I looked like a fairly average, heavy-set, American, middle-age man, with a successful business, a successful life – if we could just overlook the extra weight I was carrying around on my body, things would appear to be pretty near perfect for me.

But the thing is, you can’t overlook anything. I’ve often said, the answer to the question of what matters, is ‘always, everything.’

Everything matters! Every aspect and dimension of your life matters. Period. End of Story. Because (and here’s another one of my common sayings), ‘how you do anything is how you do everything.’

If I am stagnant in my physical fitness and the health of my body temple, there is NO WAY that isn’t affecting every other area of my life. It just took me a long time to admit this to the point where I would take action.

I remember when I made the decision that I wasn’t going to let the excuse of “I don’t have enough time” control my health and fitness results anymore. I had just had a surgical procedure, and my wife at the time was tending to me and helping me get what I needed, as my mobility was very limited. And it hit me. If I keep going the way I’m going, this scenario of me not being able to get around, of me needing to rely on someone else’s care, of me not being able to work to my full potential and express my God-given resources because I’m too sick or I’m too heavy or I don’t have the energy… this scenario is not going to be a one-off deal. It’s going to become my life.

And when I realized that, I got scared. And I got scared fast. Sometimes a little fear can be a good thing. After all, isn’t it true that we are either pulled by our longing or pushed by our pain, to move into growth?

And in that moment of realization, I turned to my wife, and I told her, “I’m going to do what I have to do to get healthy. Because this isn’t fair to you. And it isn’t right for me to live my life this way. And I want to do better. For me. For you. For us. For the future. And for the many lives that I have yet to impact.”

Have you ever made a decision to do something, and you are so resolute in that decision, it’s as if the motivation to act is rising from the depth of your soul? And you just KNOW you’re going to do it. No questions asked! That’s what this was for me. It was truly a turning point.

Sometimes we flippantly make a decision to do something, but our heart isn’t in it, and we kind of know in the back of our minds that we’re not really going to follow through. There’s that kind of decision, and then there’s THIS kind of decision. Before I even spoke it out loud, it was a done deal in my mind.

So, what I needed to do is, I needed to find the path of least resistance. What exercise and diet plan could I follow that would minimize the amount of resistance I felt towards taking action? What was the first step I could take – just one step to focus on?

I often talk about the “good, better, best” model. We all know, when it comes to exercise, diet, and health, there’s a super high level that we could all strive for. Look at Olympic athletes and pro sports players. In this area of their lives, they are operating at such a high level, and yes, it’s true, we could all strive for that. But I know for myself, I have no desire to be a professional athlete, and so if I decided I was going to spend hours at the gym every day working towards this ultra-high level of fitness, would I stick with it? Absolutely not. It’s not meaningful to me. I would find so many excuses to quit.

Or, instead of striving for the best, I could say to myself, ‘what’s something I can do today that will move me just one step in the right direction?’ And that’s when I started climbing steps. I live in a 10-story condo building – the staircase is right there. Check off the box of “minimal resistance.” So I started with a commitment to do 30 minutes of steps just two or three times a week. 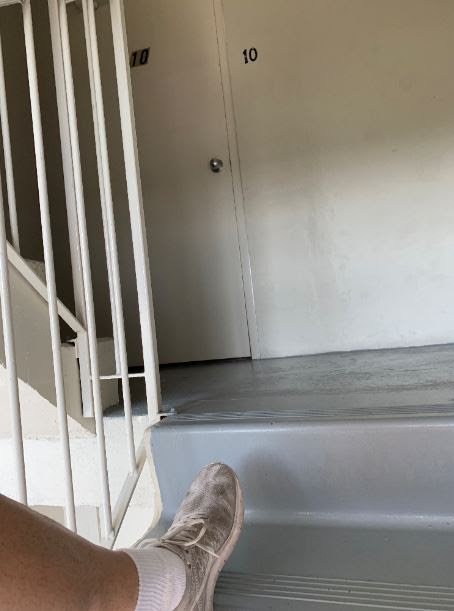 You see, this level of action lined up with that spiritual goal inside of me, that goal to be, do and have more in the area of health and fitness. I wasn’t trying to be a pro athlete. I just wanted to be healthy enough so that I would feel good about myself, so that I would have the energy to take care of the people I wanted to take care of (rather than requiring them to take care of me), and so that I could more fully live out my purpose in this world to be an agent of change in the lives of others.

And so “good” for me was just climbing those steps a couple times a week for 30 minutes.

And then what happens as we start to express our God-given potential? Well, spirit is for fuller expression and fuller expansion. That spiritual essence of who we are desires to express itself more fully. As I got accustomed to my routine of doing steps for 30 minutes two or three times a week, I thought to myself, ‘maybe I could do 30 minutes, four or five times a week…’ And there you have it, I began to expand the expression of my spiritual desire for more.

And then several months later, I thought, ‘you know what, I’ve heard that really it’s important to work out 6 days a week and then rest on the seventh day… I think I can do that… stair-climbing for 30 minutes, six days a week.’ And once again, my spiritual being took over, and I committed to more.

In the early days of establishing my fitness and health routine, I learned pretty quickly that one of the key elements for me to keep moving forward was to be kind and gentle to myself. There would be days when I didn’t feel like doing it AT ALL! I just wanted to sit on the couch, with my Ben & Jerry’s New York Super Fudge Chunk Ice Cream and ignore that voice in my head telling me it was time to get off the couch and live into my commitment.

And on those days, I would say to myself, ‘I’m just going to go through the motions of putting my workout clothes on, and my shoes on, and I’ll just do one set of steps, up and down. And that’s it.’ That’s the place where my resistance was low enough to the point where I was willing to take action. And the funny thing is, once I got in that staircase, and I went up and down one time, I would think to myself, ‘well, I’m here now, I might as well do a couple more…’ And sure enough, 30 minutes later, I would walk back into my condo dripping with sweat.

When you give yourself permission to take just the smallest of steps forward towards your goal, it activates that spiritual essence of who you are, seeking fuller expression and fuller expansion. Once I got going, it’s like I couldn’t stop myself from doing the full 30 minutes.

I was inspired to write this message, as my good friends Larisa Enescu and Daniela Nica are launching a fitness challenge to their Romanian Empowerment Mentoring community. Larisa is a master Pilates trainer, and she actually created for me a customized stretching routine, because that’s something that’s been missing from my fitness regime. And so, I’ve made the commitment that I’m going to incorporate a 15-minute stretching session twice a week. I know this isn’t the best I could do, but it’s a start… and I know, as my spirit seeks to expand in this area… the inevitable will happen, and that expansion will be expressed in my outward actions.

So, let me end this message by reminding you that it’s all a process. It took me two or three years until I got to the point where I was really satisfied with my fitness results. And I still have to keep it up every single day. The slippery slope back down to where I used to be is a steep one… and very slippery. I intentionally think about how I used to feel and look. And how dissatisfied I was with my physical state. And I remind myself that the pain of that past state was so much greater than the pain of discipline and sweat and temporary fatigue.

It’s all a process. Be kind to yourself. Be gentle. Give yourself permission to not be “the best”; to just take one step in the direction that you want to go. That’s all you have to do, and then trust that your spirit will kick in.  And it will, I promise you. 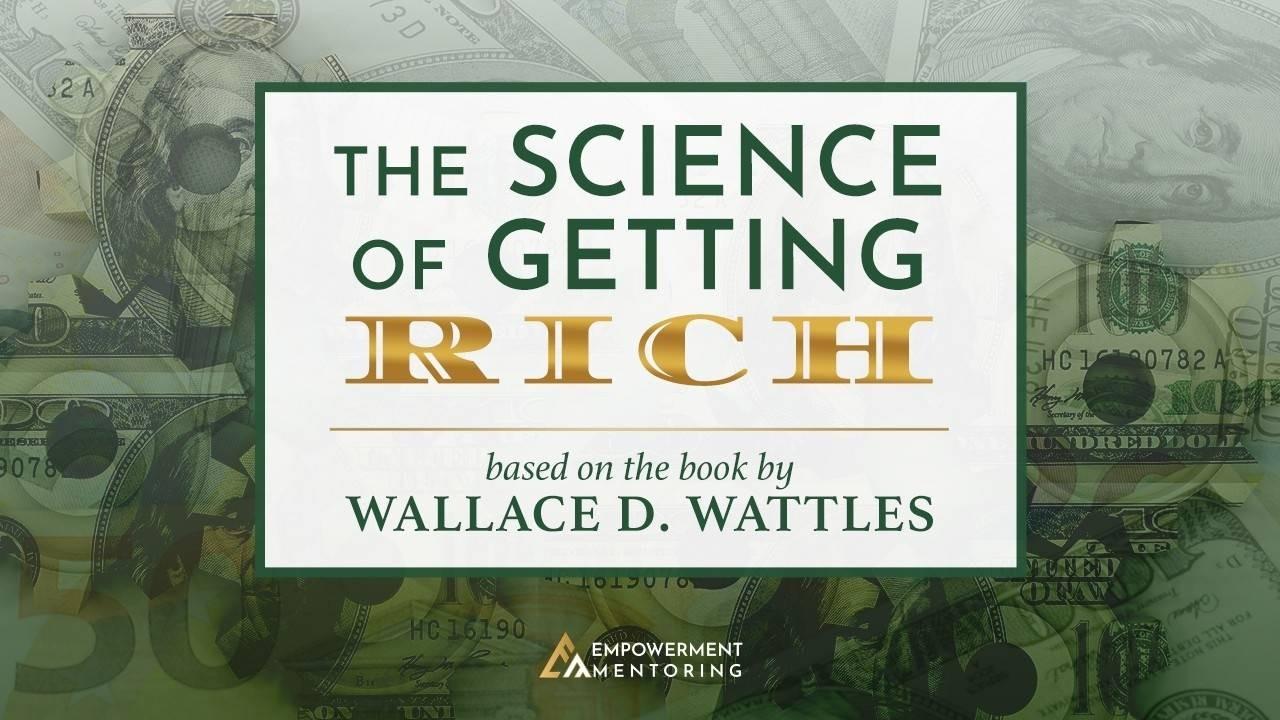